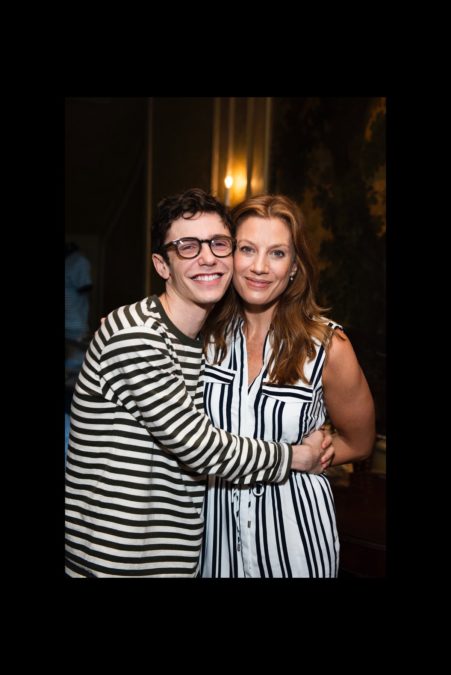 And the day it was suddenly real has finally arrived, boys and girls. The cast of the upcoming touring production of Dear Evan Hansen came together at Broadway's Music Box Theatre for their first rehearsal on August 20 and trust us when we say that it all feels so big. As previously announced, Ben Levi Ross will be leading the tour as Evan Hansen himself and Broadway favorite Jessica Phillips (Next To Normal, Priscilla Queen of the Desert) will be playing his mother, Heidi Hansen. [Cue Loudly Crying Face Emoji]. Photographer Jenny Anderson snapped this adorable and all-kinds-of-emotions-inducing photo of Ross and Phillips embracing during a rehearsal break, and we can already tell that this mother-son relationship is going to be one for the ages. The Dear Evan Hansen tour will kick off September 25 at the Denver Center for the Performing Arts and is already scheduled to play over 20 cities over the next year, so don't miss your chance to experience this Tony Award-winning musical when it comes to your city.