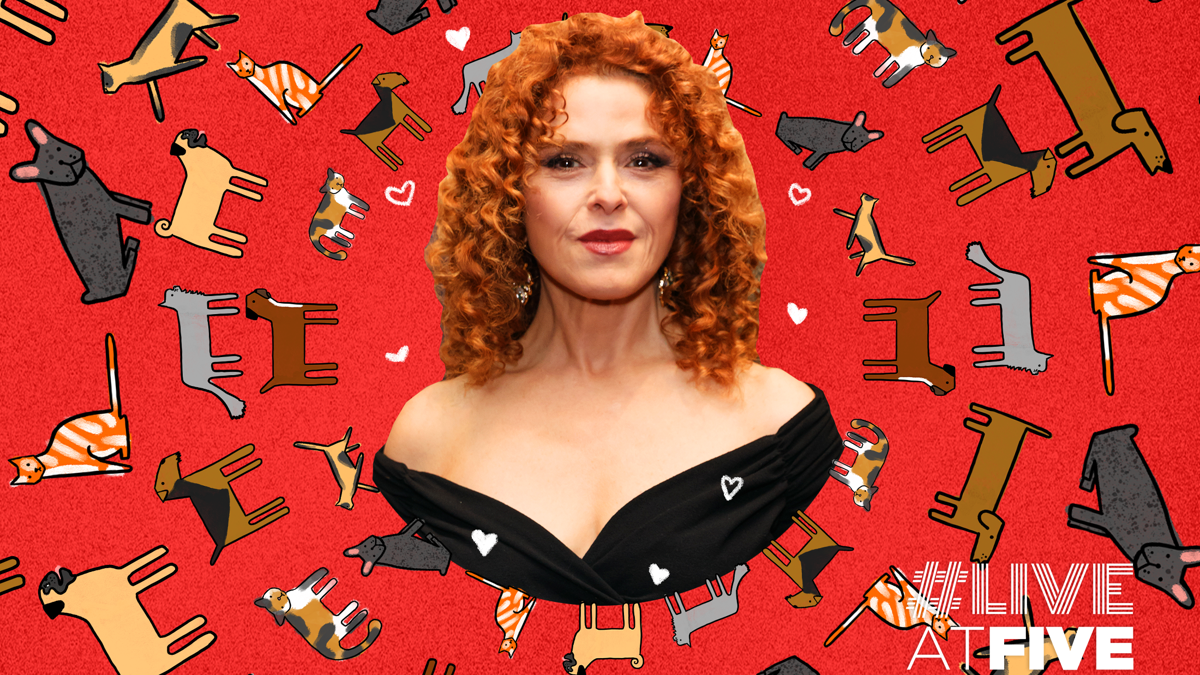 It’s no secret that Broadway legend Bernadette Peters loves animals. For the past 22 years, she has hosted Broadway Barks, a charity event she co-founded with Mary Tyler Moore that has Broadway stars showcasing adoptable pets. The annual gathering usually takes place in Shubert Alley in New York City, but this year it is taking place right here on Broadway.com on July 16 at 7:30PM ET. Featuring a star-studded lineup and animals from over 30 shelters across the country, Broadway Barks Across America is a must-see event of the summer. Peters appeared on Broadway.com’s #LiveatFive: Home Edition to talk all about what inspired the creation of Broadway Barks, if she would ever write a musical and why she calls herself a “doganizer.”

Broadway Barks was co-founded by Peters and Moore in 1998 thanks to their mutual passion and love for animals, which they discovered they had in common while co-starring in 1990. “I remember the first time I met [Moore]. It was at a CBS party and all of a sudden out from behind this pillar comes this icon saying, ‘Hello, Bernadette,’ and I couldn’t believe Mary Tyler Moore knew who I was,” Peters said to Paul Wontorek. “So, we chatted a little bit there but really bonded doing The Best Last Year. We just bonded right away. I remember we were in the ladies’ room on a five minute break looking in the mirror, and she goes, ‘Well, the good thing about growing old is you don’t have to shave your legs as often.’ We just stuck together. I miss her all the time. I loved working with her—it was divine.”

Now in its 22nd year, Broadway Barks has helped over 3,000 animals find their forever homes. With their first event spotlighting six shelters, this year’s virtual Broadway Barks Across America will feature adoptable pets from over 30 shelters nationwide. “Every shelter will announce where they’re located so you can know if you’re close to one,” Peters said about the 2020 event. “It’s basically commercials for all the shelters highlighting certain dogs, and there are a lot of celebrities making you really want a dog. I was watching it today and just smiling at all the beautiful and uplifting animals. I came to the conclusion that I finally understand what a womanizer is because I’m a doganizer. I know it’s a problem; I have to fight it all the time. I just want them all.”

Peters has already written three children’s books about Broadway Barks and the story of her furry best friends, and there may be more on the way. “I have a book about Charlie, and how he was saved from a garbage dumpster, and now I have Rosalie but I haven’t written about her yet,” Peters said. “I wrote a little bit and put it in the drawer, so maybe we’ll get a book on Rosalie soon. I don’t consider myself a musical writer at all. I have too much respect for composers and writers. I doubt you’ll be hearing about me writing a musical any time soon.”

Hear Peters talk more about how she always knew she was meant to be a performer in the full episode below and don’t forget to watch Broadway Barks Across America!