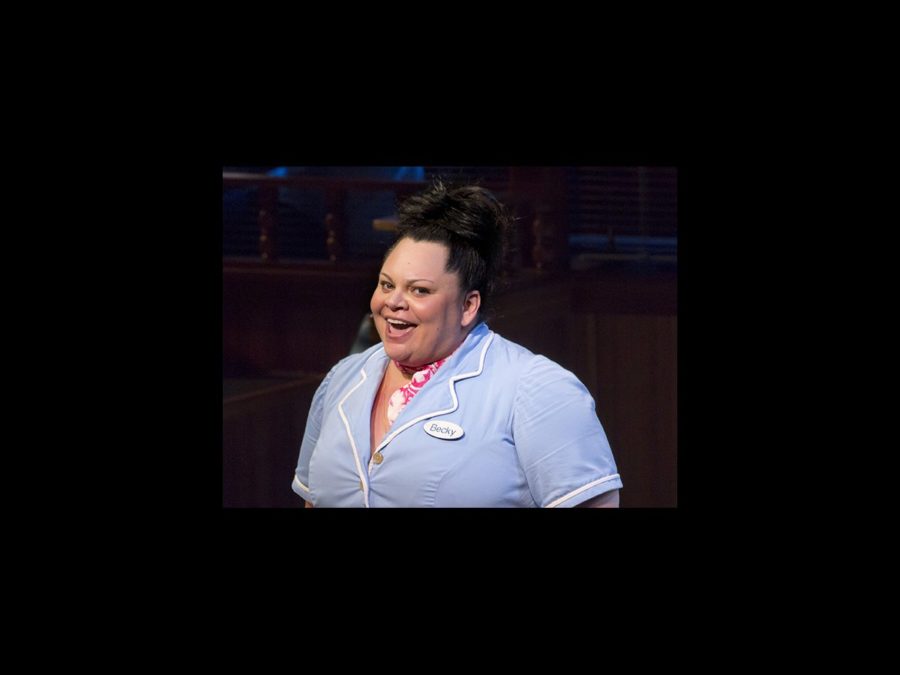 Some more Broadway faves are ready to serve up some pie alongside Tony winner Jessie Mueller in Waitress. Reprising their performances from the American Repertory Theatre run are Drew Gehling as Dr. Pomatter, Keala Settle as Becky, Dakin Matthews as Joe and Eric Anderson as Cal.

Additionally, Tony nominee Christopher Fitzgerald and Orange is the New Black's Kimiko Glenn will join the cast as Ogie and Dawn; the roles were played in Massachusetts by Jeremy Morse, who will appear in the ensemble, and Jeanna de Waal (currently in Kinky Boots).

The show, which features a score by five-time Grammy nominee Sara Bareilles, will begin performances on March 25, 2016 at the Brooks Atkinson Theatre, where it will open on April 24. ART artistic director and Tony winner Diane Paulus helms the new musical.

Settle earned a Tony nomination for Hands on a Hardbody; she most recently appeared on Broadway in Les Miserables. Gehling’s Broadway credits include Jersey Boys and On a Clear Day You Can See Forever.  Matthews has appeared on the Main Stem previously in The Audience, Rocky The Best Man and A Man for All Seasons. Anderson returns to the Broadway stage after performing in The Last Ship, Rocky, Soul Doctor and Kinky Boots. Fitzgerald received Tony nods for Finian's Rainbow and Young Frankenstein; his additional credits include An Act of God, Wicked and Chicago. Glenn will make her Broadway debut with Waitress; she appeared in Spring Awakening on tour and Freckleface Strawberry off-Broadway.

In addition to Morse, the ensemble will feature Charity Angél Dawson and Stephanie Torns. Additional casting will be announced later.

Waitress is based on the 2007 film by the late Adrienne Shelly and features a book by Jessie Nelson. It follows Jenna (Mueller), a small town waitress stuck in a loveless marriage. As a nearby baking contest approaches, she’s torn between her commitments and—thanks to her pie-making expertise—a chance at freedom.