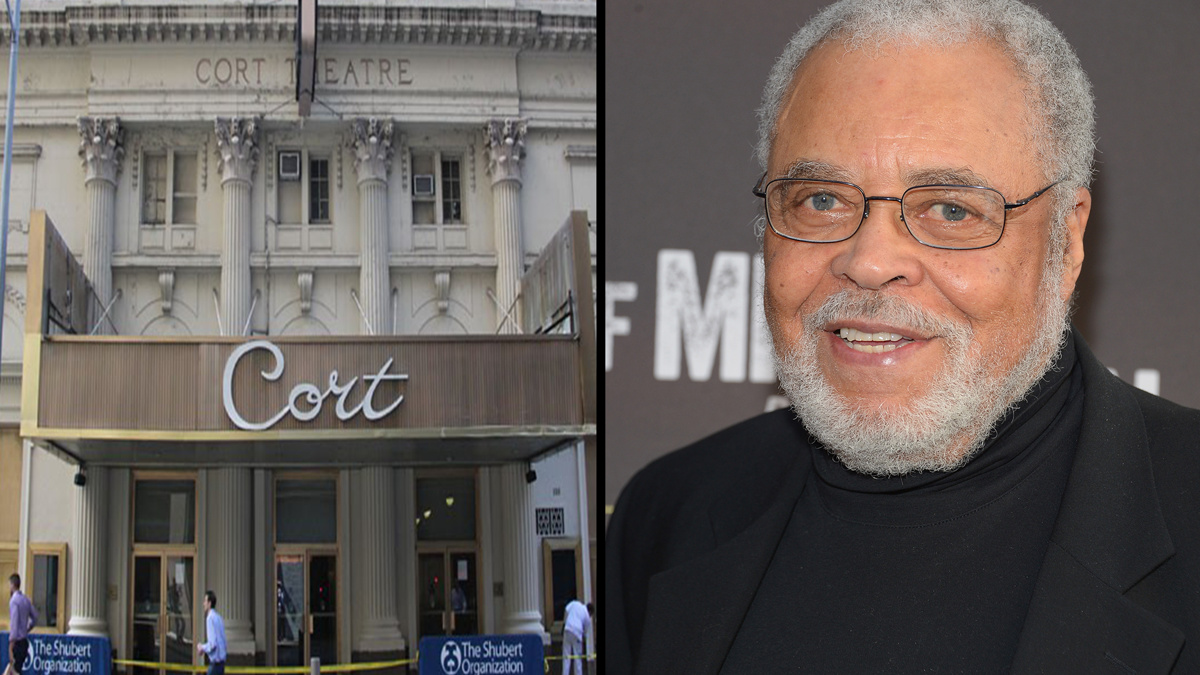 The Shubert Organization has announced that the 110-year-old Cort Theatre on West 48th Street will become the James Earl Jones Theatre in recognition of Jones’ lifetime of immense contributions to Broadway and the entire artistic community. A formal dedication ceremony will happen this summer when the theater’s renovations are complete.

“For me standing in this very building sixty-four years ago at the start of my Broadway career, it would have been inconceivable that my name would be on the building today,” said Jones in a statement. “Let my journey from then to now be an inspiration for all aspiring actors.”

Jones has appeared in 21 Broadway productions, including two at the Cort Theatre. He is part of the small community of artists who have been awarded with an Emmy, Grammy, Oscar and Tony. Jones won Tony Awards for his performances in The Great White Hope in 1969 and Fences in 1987. He was honored witht he Lifetime Achievement Award at the 2017 Tony Awards. Jones was most recently seen on Broadway in the 2015 revival of The Gin Game.

“The Shubert Organization is so incredibly honored to put James—an icon in the theatre community, the Black community, and the American community—forever in Broadway’s lights,” said Shubert CEO and board chair Robert E. Wankel in a statement. “That James deserves to have his name immortalized on Broadway is without question.”

The Cort Theatre, which opened in 1912, was designed in the style of an eighteenth-century French palace by renowned theater architect Thomas Lamb to house productions of impresario John Cort. The building was sold to the Shubert brothers in 1927. The theater is currently under an expansion renovation that will add a five-story annex and improvements to theater’s marquee and interior.