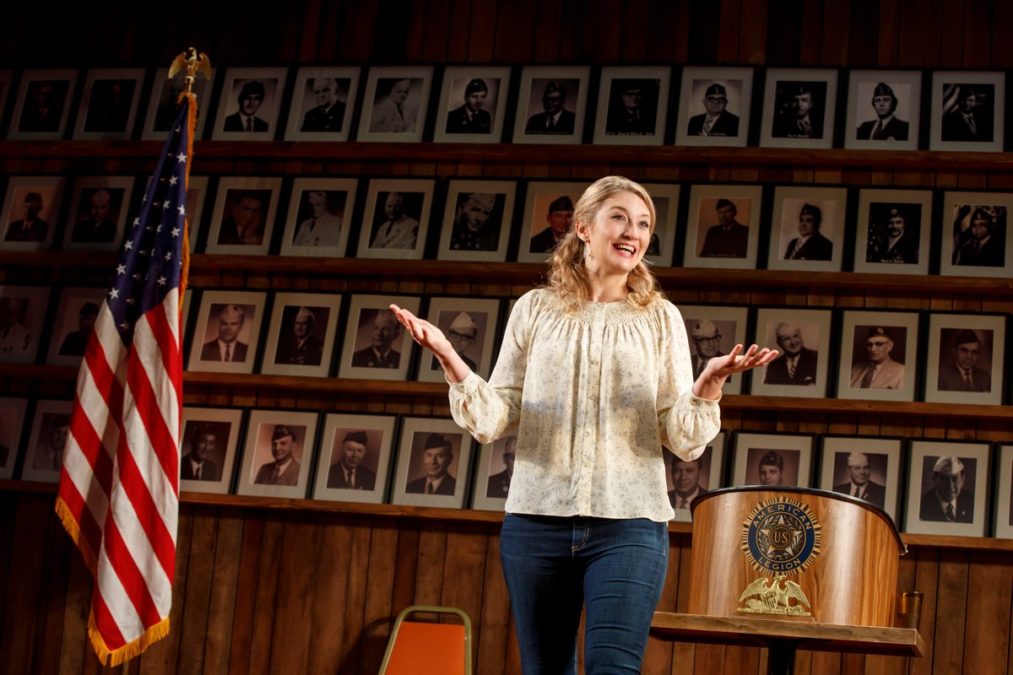 On the heels of sold-out runs at New York Theatre Workshop and the Greenwich House, What the Constitution Means to Me, the timely new play written by and starring two-time Obie winner Heidi Schreck, will move to Broadway's Hayes Theater this spring. Obie winner Oliver Butler directs the production, set to begin previews on March 14 and open on March 31 for a limited engagement through June 9. Tickets are now on sale.

Schreck told Broadway.com, "This play began as an experiment to connect the histories of the women in my family to America's founding document, and I'm elated that now I get to bring it one of the most prominent stages in the American theater: Broadway. I hope people from all over the country will show up and bring their families to share stories, laugh and help us decide every night how to end the play."

What the Constitution Means to Me follows 15-year-old Schreck, who later put herself through college by giving speeches about the U.S. Constitution. In the play, she resurrects her teenage self in order to trace the document's profound impact on women's bodies—starting with her great-great-grandmother, a mail-order bride who died under mysterious circumstances.

Joining Schreck in the Broadway cast will be off-Broadway cast members Mike Iveson (The Sound and the Fury) and New York City high school students Rosdely Ciprian and Thursday Williams.

What the Constitution Means to Me features scenic design by Rachel Hauck, costume design by Michael Krass, lighting design by Jen Schriever and sound design by Sinan Zafar.