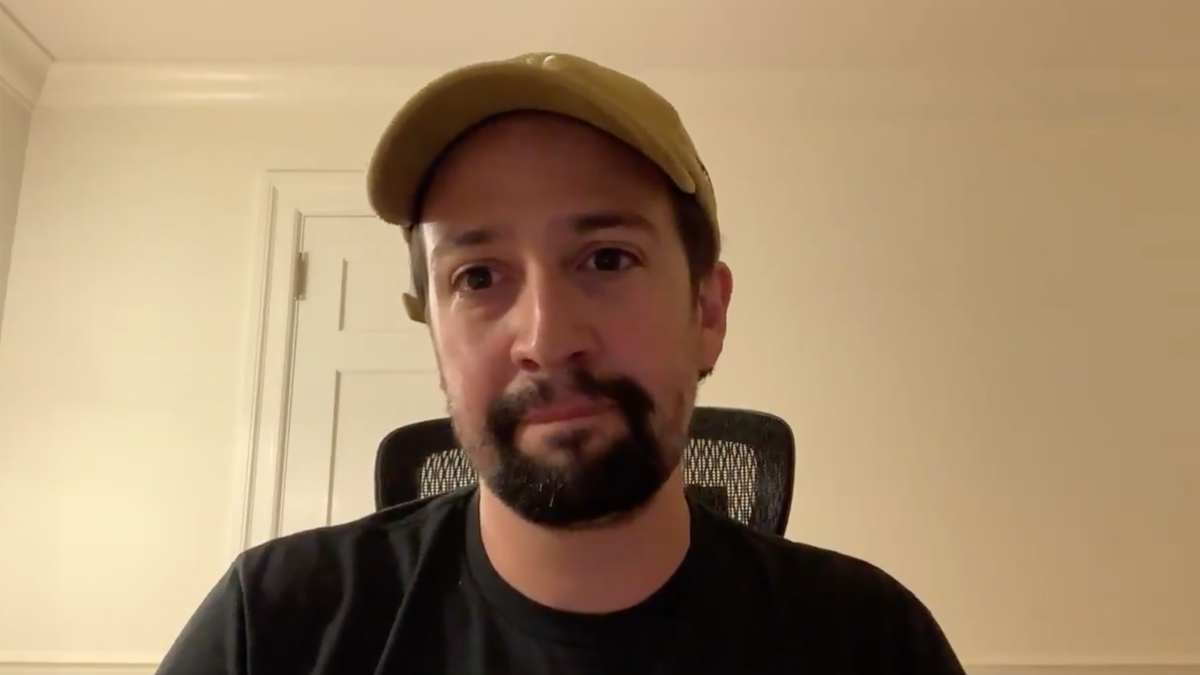 Lin-Manuel Miranda Speaks Out Regarding George Floyd Protests: ‘History Has Its Eyes on All of Us’

Talk about rising up! This weekend, people all across the country have been taking to social media and to the streets in protest as a result of the death of George Floyd in Minneapolis as well as the recent deaths of Breonna Taylor and Ahmaud Arbery. Hamilton mastermind Lin-Manuel Miranda posted a video message from the revolutionary hit’s Twitter account on May 30, apologizing for not using the Tony-winning musical’s platform to declare “Black Lives Matter” sooner.

We stand on the side of justice. Black Lives Matter. Take action now in the links below. #BlackLivesMatter pic.twitter.com/Y6T1tDNABF
— Hamilton (@HamiltonMusical) May 31, 2020

“We spoke out on the day of the Pulse shooting. We spoke out when Vice President Mike Pence came to our show 10 days after the election. And that we have not yet firmly spoken inaugural truth of Black Lives Matter and denounced systematic racism and white supremacy to our official Hamilton channels is a moral failure on our part,” Miranda said. “As the writer of the show, I take responsibility and apologize for my part in this moral failure.”

“Hamilton doesn’t exist without the black and brown artists who created and revolutionized and changed the world through the culture, music and language of hip-hop,” he continued. “It’s up to us in our words and deeds to stand up for our fellow citizens.”

Included in the Twitter thread is an additional video statement from Hamilton producer Jeffrey Seller as well as links to the official Black Lives Matter global network as well as the Minnesota Freedom Fund and NAACPP Minneapolis where those interested can donate or acquire further information.