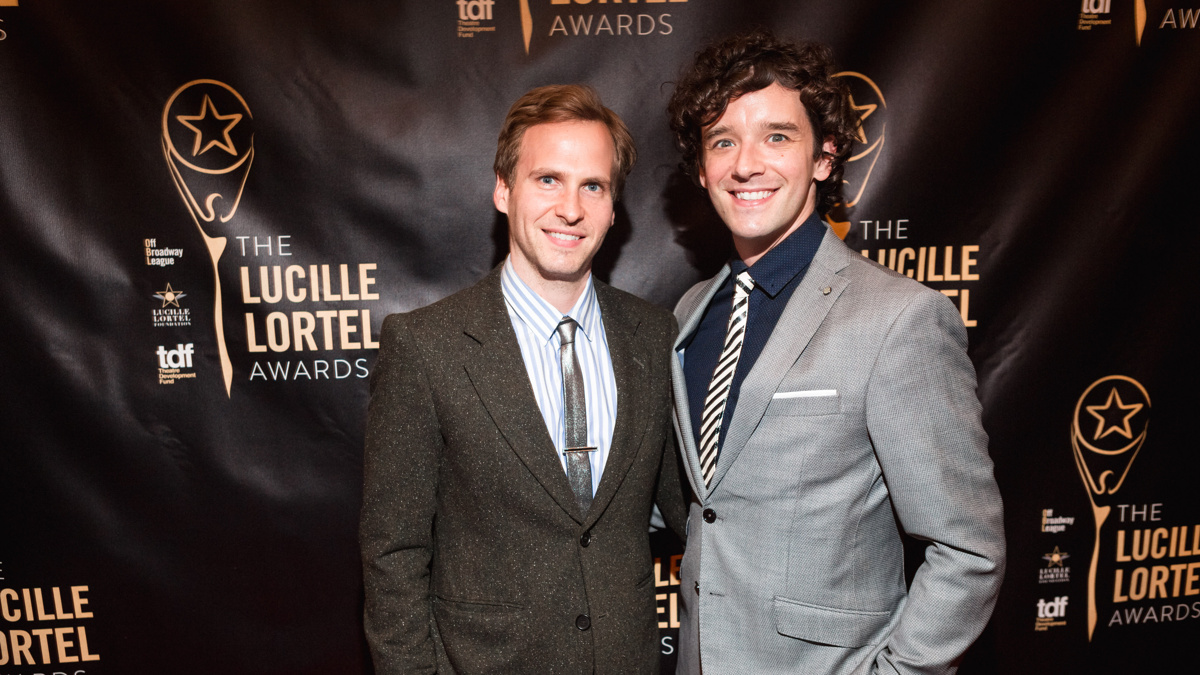 Michael Urie and Ryan Spahn to Star in The Zoo Story
Michael Urie and Ryan Spahn will star in a fully staged outdoor production of Edward Albee’s first play The Zoo Story at the historic East Hampton arts institution Guild Hall this summer. The production will run from July 8-11 and also be available to stream online. Urie and Spahn, who are real-life partners, will play Jerry and Peter, respectively, in the play that offers a profound perspective on isolation and humanity’s fundamental need to connect. Red Bull Theater Associate Artistic Director Nathan Winkelstein will direct. Tickets are now on sale.

Black Theatre United & Williamstown Theatre Festival Announce Inaugural Early Career BIPOC Program Participants
Participants and guest artists have been announced for Black Theatre United and Williamstown Theatre Festival’s inaugural Early Career Black, Indigenous, and People of Color Theatre-Makers Program. The program represents the first piece of a new structure that seeks to eliminate systems of racism at the Festival and puts theatermakers in the company of BTU mentors. The 2021 participants are Veshonte Brown, Isaac Castillo, Penzi Hill, Jahquale Mazyck, Shaun McBride, Joy Nesbitt, Edmond O’Neal, Anthony Shepard, Madeleine Winter and Raven Zhan. Mentors for this summer include Saheem Ali, Brian Stokes Mitchell, Lynn Nottage, Clint Ramos and Destiny Lilly. Each participant will be embedded in a specific WTF department this summer, working alongside seasoned practitioners while also learning as a cohort in a classroom setting combining seminars, panels, and structured mentorship with founding members of BTU. Together, both BTU and WTF have built a program that provides each participant with room, board, and a stipend of $2,500.

British Theater Company Kneehigh to Close
Kneehigh, the British theater company that premiered Brief Encounter, Tristan & Yseult and The Red Shoes, is shutting down “in as short a timeframe as possible.” A statement on the company’s website explained the decision saying, “recent changes in artistic leadership raised questions as to whether Kneehigh could sustain their vision going forward. The trustees and company reflected on a possible new future but concluded that it was better and more responsible to close Kneehigh and ensure an orderly wind down.” The theater company’s final production, Random Acts of Art, gave its final performance on May 30.

Tickets Now on Sale for George Bugatti’s Trial on the Potomac
Tickets are now available for the off-Broadway run of George Bugatti’s Trial on the Potomac: The Impeachment of Richard Nixon. The play, which is inspired by The Real Watergate Scandal by Geoff Shepard, will play at Theatre at St. Clement’s beginning August 4. It is a dramatic reimagining of the Watergate investigation as if President Nixon never voluntarily resigned. Rich Little stars as Nixon with direction by Josh Iacovelli.