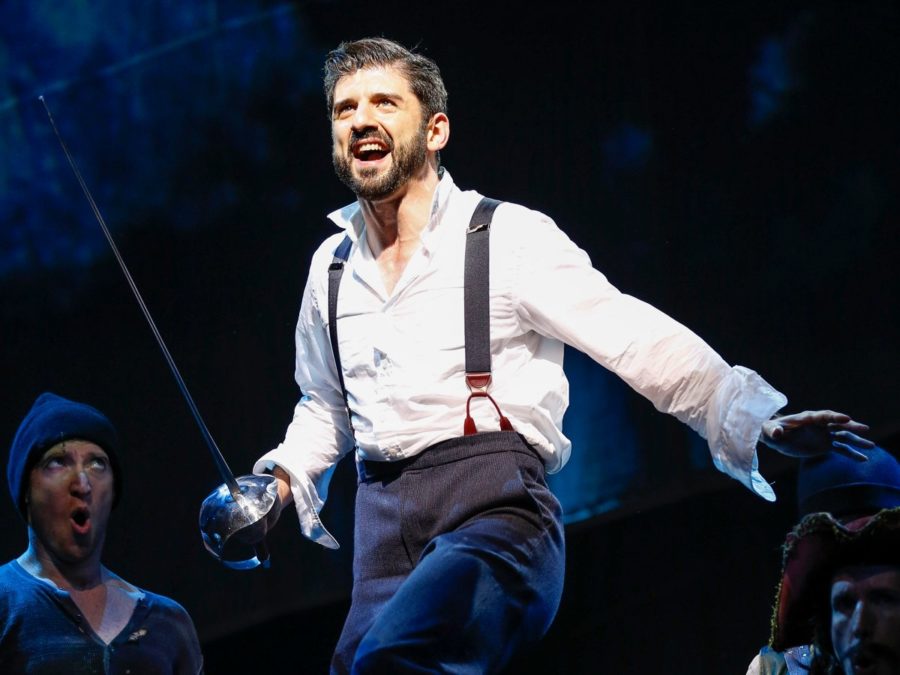 Some familiar faces are flying back toward the second star to the right. Finding Neverland alums Paul Slade Smith and Dana Costello have assumed the roles of Charles Frohman and Marie Barrie, respectively, in the Broadway.com Audience Choice Award-winning musical. They take over for Marc Kudisch and Teal Wicks at the Lunt-Fontanne Theatre. Additionally, Tony Yazbeck will return to the role of J.M. Barrie on June 10, stepping in for current star Alfie Boe. The production is set to shutter on August 21.

Smith returns to the role of Charles Frohman after temporarily stepping in in April; he also understudied the role while playing Mr. Henshaw. His additional credits include Wicked and The Phantom of the Opera on tour and writing Unnecessary Farce and The Outsider. Before Finding Neverland, Costello appeared on Broadway and on tour in Jekyll & Hyde.

Yazbeck, who previously performed a two-month stint as J.M. Barrie earlier this year, received a Tony nomination in 2015 for On the Town. His additional stage credits include Chicago, White Christmas, Gypsy, A Chorus Line and Oklahoma! on Broadway and Prince of Broadway in Japan.

Directed by Diane Paulus and featuring a score by Gary Barlow and Eliot Kennedy and a book by James Graham, Finding Neverland follows the story of J.M. Barrie and his relationship with the family of widow Sylvia Llewelyn Davies. Llewelyn Davies' children eventually became Barrie's inspiration to write Peter Pan.