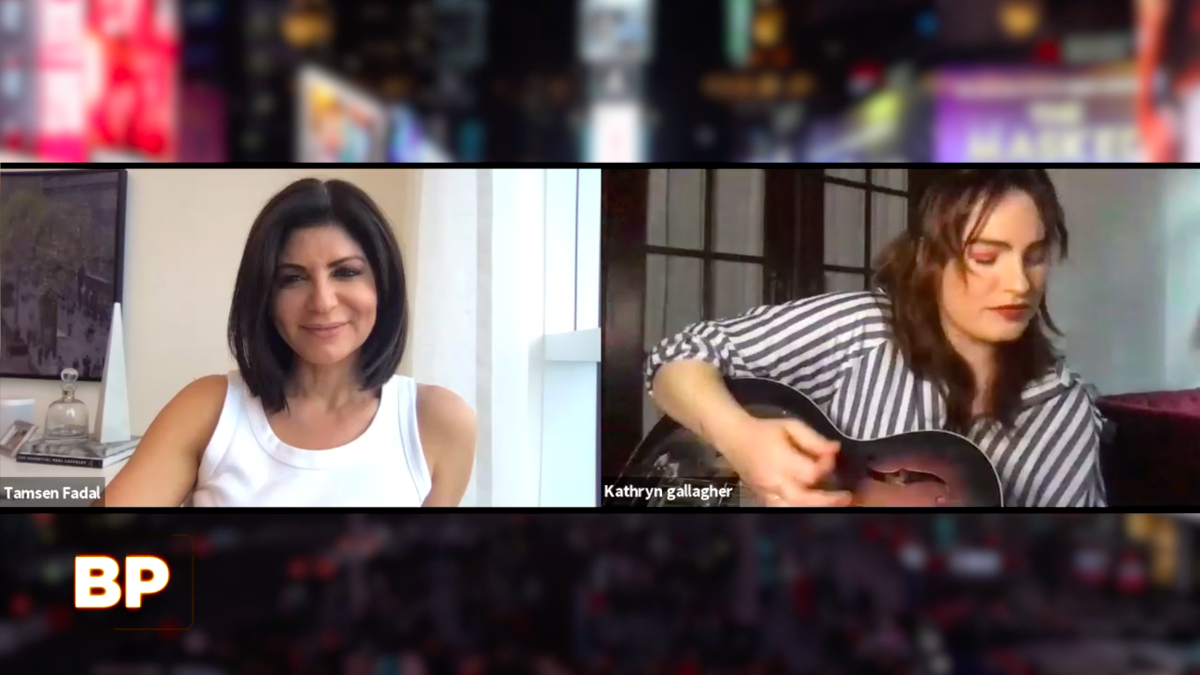 Jagged Little Pill's Kathryn Gallagher, who is nominated for both Tony and Grammy Awards, talks and sings on the latest episode of the series Broadway Profiles with Tamsen Fadal. The former Broadway.com vlogger recently released the single "Nostalgic for the Moment," and the response from fans has had an impact on her. "Someone said to me in this really beautiful moment, 'Do you ever get nostalgic for the moment you're in?'" she said of the story behind the song. "There have been so many incredible people on the Internet making these videos of their pre-COVID-19 life to the song and these incredible montages of being together with other people. Every time I see someone make one, I'm like, 'Someone sat there on their phone, looked through their old memories and put them all together using this song.' I had never had such a personal relationship with the people who listen to my music as I do now." Watch Gallagher perform some of the song in the segment below and check your local listings for Broadway Profiles. Hosted by Emmy-winning anchor Tamsen Fadal and powered by Broadway.com, it is the only nationally syndicated theater news program.