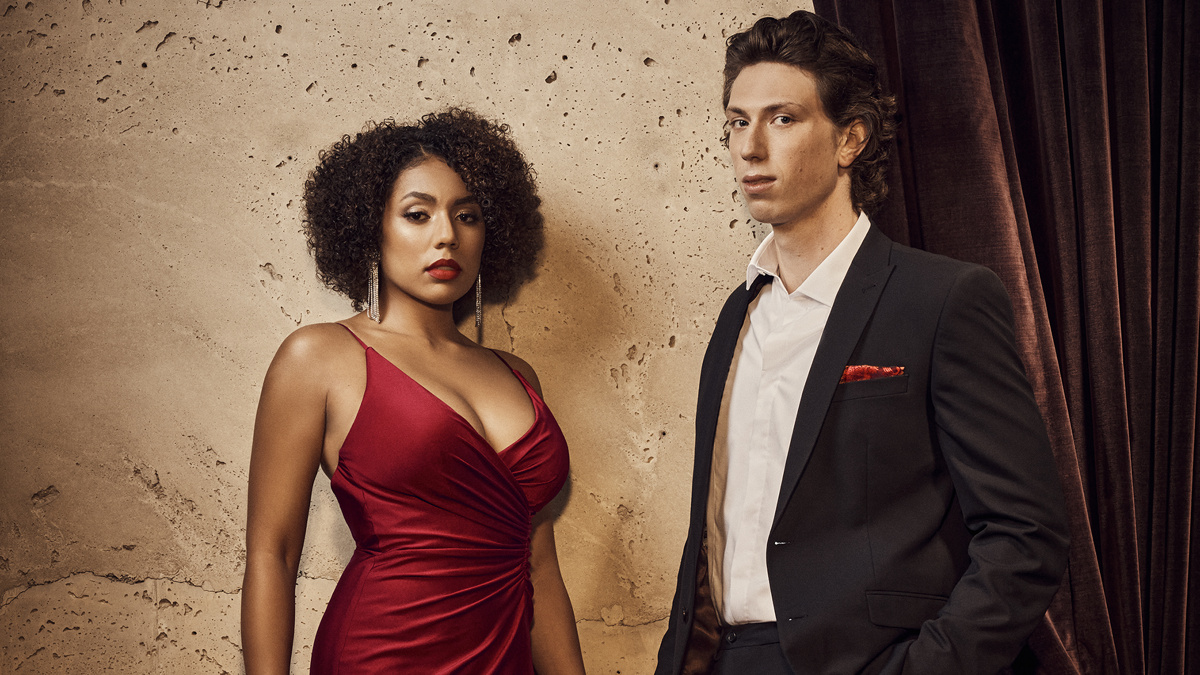 This news is spectacular, spectacular! The previously announced West End transfer of the Tony-nominated Moulin Rouge! The Musical has announced its cast. Liisi LaFontaine and Jamie Bogyo will lead the production as star-crossed lovers Satine and Christian. The U.K. premiere of the musical begins performances at London’s Piccadilly Theatre on November 12.

LaFontaine has previously been seen in 2016’s West End production of Dream Girls as Deena Jones. Her screen credits include God Friended Me, Good Trouble and more. This marks the West End debut for Bogyo.

The club’s famed dancers, known as the ‘Lady Ms,’ will be played by Sophie Carmen Jones as Nini, Zoe Birkett as Arabia, Jonathan Bishop as Baby Doll and Timmika Ramsay as La Chocolat.

Moulin Rouge! The Musical tells the story of a writer, Christian, and an entrancing chanteuse, Satine. Their lives collide at the Moulin Rouge with its many characters, including the host of the Moulin Rouge, Harold Zidler; the brilliant, starving artist Toulouse-Lautrec; the greatest tango dancer—and gigolo—in all of Paris, Santiago; the tempting Nini; and the Duke of Monroth, the wealthy and entitled patron of the club who thinks he can buy anything he wants, including love.

As previously announced, Broadway’s Moulin Rouge! The Musical will resume performances on September 24.