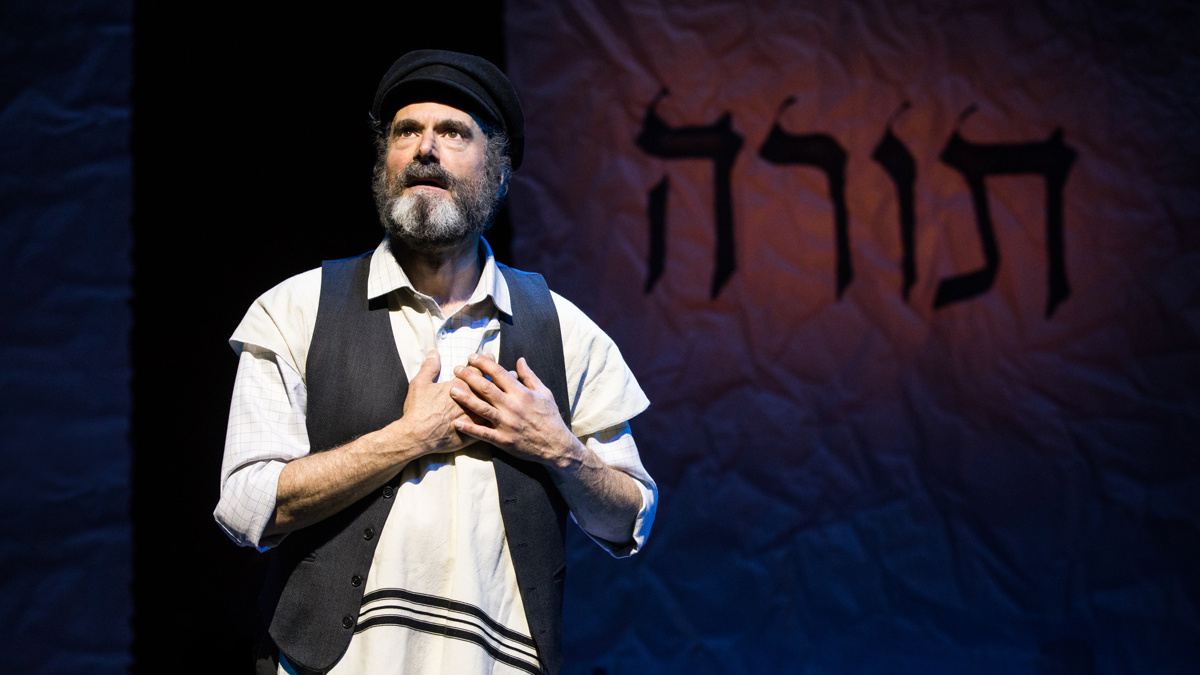 National Yiddish Theatre Folksbiene’s acclaimed Yiddish-language production of Fiddler on the Roof will return to the New York stage. The production, directed by Joel Grey, will play off-Broadway’s New World Stages from November 13 through January 1, 2023.

Steven Skybell will reprise his performance as Tevye, a milkman navigating family, faith and changing traditions in the little shtetl of Anatevka. Additional casting will be announced later.

The off-Broadway production of Fiddler on the Roof played its final performance on January 5, 2020. Featuring English and Russian supertitles, the staging started at the Museum of Jewish Heritage on July 4, 2018 and transferred to Stage 42 on February 11, 2019. It was honored with numerous awards, including the Outer Critics Circle Award and Drama Desk Award for Outstanding Revival of a Musical. Skybell won the Lucille Lortel Award for Outstanding Lead Actor in a Musical.

This production’s choreography is by Jerome Robbins with musical staging and new choreography by Staś Kmieć. Fiddler on the Roof features a book by Joseph Stein based on stories by Sholem Aleichem, music by Jerry Bock and lyrics by Sheldon Harnick. The Yiddish translation is by Shraga Friedman.

The original 1964 Broadway production, produced by Harold Prince and directed and choreographed by Jerome Robbins, won nine Tony Awards, including Best Musical. The musical has been playing on world stages ever since its original Broadway production. As previously announced, Tony winners Thomas Kail and Steven Levenson are teaming up for a movie remake.